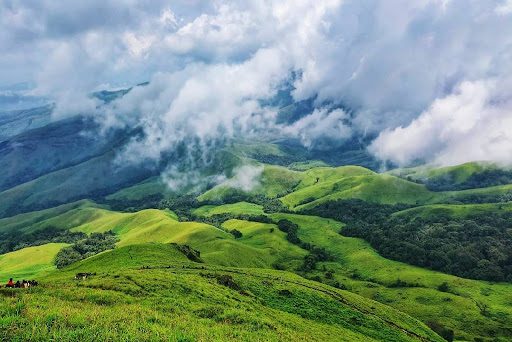 Bangalore, Karnataka’s capital, draws visitors with its modernism, rich culture, and breathtaking vistas. Around the city, there are numerous magnificent gardens, parks, and peaks. Adventurers can hike to the summit of these peaks and enjoy a picturesque panorama that is distinctive to every mountain

The Kudremukh Hike explores the Western Ghats’ splendour and is one of the most scenic trekking alternatives in Bangalore. This 22-kilometre hike to and from the summit of Karnataka’s third-highest mountain brings visitors through forest pathways, gushing waterfalls, bamboo shrubs, and emerald landscapes that are half-covered in falling clouds.

This moderately difficult walk begins in Kudremukh Trek Base, which is easily accessible by jeep. There are several magnificent rivers and falls where you may take a pause from hiking and have a packed lunch. With a cup of coffee from your flask, you may have a spectacular view of the lush greenery after you reach the summit, and this is one of the greatest trekking spots around Bangalore.

Kudremukh, Chikmagalur Trekking is approximately 332 kilometres away from Bangalore.

The trek is 9 kilometres long.

The best and ideal opportunity to visit is from October through February.

This mountain station is situated in the Nilgiris area of Tamil Nadu, at a height of 5,882 feet. The walking trail begins amid the vast tea gardens, continues along the river way through the valley, and concludes at the Mettupalayam-Kotagiri junction.

Take advantage of a once-in-a-lifetime opportunity to participate in an exciting 7-kilometre (to and fro) trekking expedition and see the grandeur of Kotagiri Hill Station with the entrancing Catherine Falls Trek. You’ll have the opportunity to live as surrounded by nature as possible. Get your camera out and start snapping! Sees like this are one out of many! At a height of 1900 metres, you may have a true trekking experience in Kotagiri.

Gokarna, approximately 480 kilometres northwest of Bangalore, is a tiny town and a major Hindu pilgrimage destination. It’s also where the Gokarna beach route, popularly known as the ‘Golden Route,’ begins. The scenic trail winds through the area’s various sandy beaches, only with Arabian Sea reaching out on the side and rocky hills sticking out on the other. The walk winds its way past Kudle Shore, Om Beach, Crescent Beach, and Paradise Beach, each offering unique vistas. When trekking around Bangalore, this is undoubtedly one of the most pristine trails. 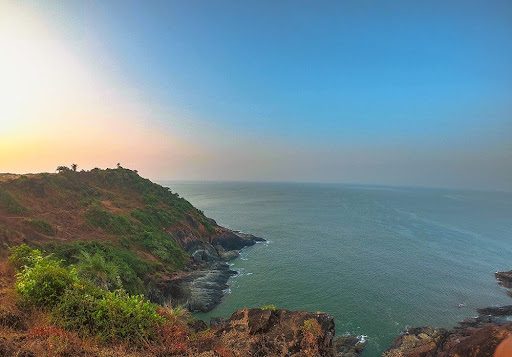 The distance is 480 kilometres.

The best and ideal opportunity to visit is from October through March.

Ramanagara, a fantastic weekend hideaway under 200 kilometres from Bangalore, which has been represented as the legendary Ramgarh film Sholay, is around 50 kilometres from Bangalore. Ramanagara’s landscape is littered with massive rocks and boulders. These hills, which were originally Gabbar’s hideaway, provide excellent topography for hiking and many other hiking trails such as long rope crossing, rappelling, jumaring, rock climbing, and so on.

Ramanagara’s stone slopes give a moderately gentle scene to journeying. However, the hills get fairly steep at times, making the ascent challenging for inexperienced hikers. The incline is roughly 50 degrees, necessitating dexterous footwork and strong climbing abilities.

You may expect to see coconut trees, jagged rocks, and hear bird sounds on your climb to Kunti Betta, which is one of the top treks around Bangalore. After a 130-kilometre trip from Bangalore, you’ll arrive at Pandavapura, the start of the Sequence of messages Betta Trek. Pandavapura is a place entrenched in myth and mythology.

The trail begins at a monastery in Pandavapura and leads to the actual ascent through a set of stairs. The mountain would be only 950 metres high, and the trek is short, allowing you to complete it in 1⁄2 a day and explore other Bangalore trekking options.

The trek is 5 kilometres long.

For Bangaloreans, trekking has become their favourite weekend activity. For trekking aficionados, there are several spots to visit around Bangalore. Bangalore trekking spots are frequently crowded with a huge amount of adventure lovers hoping to capture a sunrise vista, particularly on weekends, due to the city’s high young population in the technology industry. While Karnataka’s long, overnight trekking locations such as Kumara Parvatha, Kudremukh, and Brahmagiri Peak are a little out of the way, Trawell.in strives to compile a list of the greatest trekking places within 120 kilometres of Bangalore which can be toured in a single day.